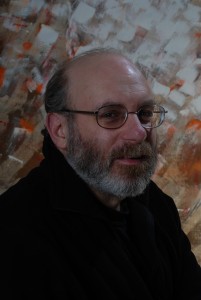 In NYC,  I designed lighting for several off and off-off Broadway shows, among them, “Night Club Confidential”, “Presque Isle”, “The Patrick Pearse Motel”,  “The Last Musical Comedy”,  many of them at the Riverwest Theatre.   I recently upgraded the nightclub SOB’s (Varick St at Houston, Manhattan) stage lighting to LED moving lights and did the initial programming for them.  We are going to upgrade the rest of the club’s lighting as well.

I have also designed lighting in several summer stock venues in New England and at the Alhambra Casino in Aruba.

I have been on the staff at Foxwoods Casino in Ledyard CT,  as an automated lighting designer/programmer, lighting such artists as Wayne Newton, Journey, Billy Idol, Macy Gray, Norah Jones, India.Arie, and many others.

I consulted on the lighting systems design at New Dance Group Arts Center in NYC,  and for the BB King Dance and Jazz Clubs at Foxwoods,  and the new MGM Ballrooms at MGM/Foxwoods.

Over the past year I have designed and installed new LED lighting systems at five Launch Trampoline Park franchises, in Warwick RI, Norwood MA, Watertown MA, Nashua NH, and Hartford CT,  with several more planned for the future.

I am  also a web designer, webmaster and computer consultant, specializing in Apple.

View some of the websites I’ve  worked on

Connect with me @ LinkedIn